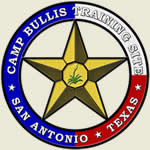 Named for Brigadier General John Lapham Bullis, Camp Bullis is located on 1,500 acres in northwest San Antonio, just west of IH 10 and Loop 1604. Camp Bullis was originally established as a training facility for troops before WWI. The Civilian Conservation Corps, Civilian Military Training Corps and others trained here during the 1920’s and 1930’s. It became a processing and training center during World War II. The base was very active as a training facility during the Korean and Vietnam Wars. 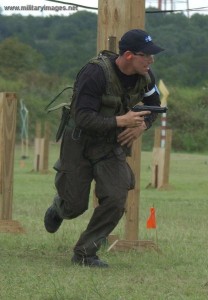 The City of San Antonio, working closely with the military, Bexar County, Comal County, Kendall County, and other agencies and local jurisdictions, is undertaking the preparation of a Joint Land Use Study (JLUS) for Camp Bullis. The goal of the Camp Bullis JLUS is to protect the viability of current and future missions at Camp Bullis while at the same time accommodating growth, sustaining the economic health of the region, and protecting public health and safety.

Camp Stanley supports numerous locations throughout CONUS and selected overseas areas. The post covers 4,000 acres of land with 630,000 square feet of specialized storage facilities. In 1985, Camp Stanley was made a subpost of nearby Camp Bullis.

Camp Stanley and Camp Bullis are together known as the Leon Springs Military Reservation, which today covers approximately 26,000 acres.